I recently watched the trailer for the new Star Wars film, “Rogue One: a Star Wars Story” and was intrigued at the story line.

In a time of conflict, a group of unlikely heroes band together on a mission to steal the plans to the Death Star, the Empire’s ultimate weapon of destruction. This event brings together ordinary people who choose to do extraordinary things, and in doing so, become part of something greater than themselves. Perhaps this is the essence of the Christian calling and mission.

I was also intrigued with a line I heard from the main the character, Jyn Erso, played by Felicity Jones. In a meeting of the rebellion forces who are against the Empire, it is said, “If the Empire has this kind of power, what hope do we have?” The response was, “We have hope. Rebellions are built on hope.”

Jesus was perhaps the Rogue One who went against the religious leaders of their day, he died for his cause and mission, he was raised to victory, and his followers were rebellious enough to carry out the Great Commission when the chances of success were minimal.

Since we also have an oppressive enemy, Christians can identify with this Star Wars story. We might wonder why this franchise has been so popular for decades, and I believe that in it, we find OUR story.

Since we live in a fallen world, people down through the ages have been in bondage to sin. Our greatest desire is to be set free, but our enemy is powerful; just look at the evil we find all over the world. But we have hope. For generations, the Jews had awaited the arrival of the promised Deliverer, the Hero who would save his people, not from an evil Empire but from our sins.

Here is the challenge and wrap-up from Scott Chafee:

The presentation tonight has been all about hope. Our children sang the opening song, “Born is the King (It’s Christmas)” which summarizes the joy of the reason for the season. 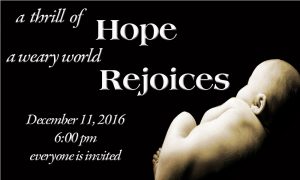 Then Erica and the kids sang, “We have a Savior,” and THAT is the message of Christmas, the story leads to the cross.

We were challenged by Pam, Chuck, and Amy to not see this season as, “Just Another Christmas.” Don’t be so familiar with the story that we miss the true message of Christmas, which is the annunciation of the Savior, and for that we sing, “Noel,” a shout for joy at the coming of the Good News. Beth’s song had a beautiful message of “Noel, come and see what God has done…”

“Who Would Have Dreamed” that God in the flesh would be born in such a lowly way. Mikki sang “Who would have dreamed or ever foreseen that we could hold God in our hands?”

The came rejoicing, “Hallelujah, He is Here.” The shepherds and Magi came to “Adore” him, and we should do the same. Vicki then beautifully reminded us that, “Hope Has Hands,” and grace has a face. Not in the baby girl named Hope, but in the Savior who came to save his people form their sins.

Since “He Shall Reign Forevermore,” isn’t it about time to make the commitment to this Savior? Jesus is the one born and laid in a manger, but that was not his significant achievement. He went on to live a sinless life, and was the perfect substitution and sacrifice to pay the penalty for the sins of the world; and that includes you and me. No one is beyond his love or his forgiveness.

At the end of the presentation, we heard Vince lead through the final song, “Hallelujah, What a Savior.” Christians know and celebrate this fact every year, actually we celebrate it every Sunday. Is THIS year the time where you embrace this truth and make him YOUR Savior?

PRAYER: Our gracious heavenly Father, we thank you for the gift of Love, Joy, Peace, and Hope which came in the form of a baby 20 centuries ago. He lived a sinless life and died on the cross to save us from not only the Enemy but from ourselves. I pray that everyone in this room has made a commitment to Christ, but we know that not everyone has. We beg your Holy Spirit to move through this auditorium and help people to have the faith to believe that THIS Rogue One name Jesus is the answer we need to defeat the powerful enemy that seeks to destroy our lives here in this life, and for the afterlife. May your Spirit speak to all of us tonight. May we all be a part of something greater than ourselves, and experience the Thrill of Hope. AMEN.

P.S.
At the end I thanked all the cast, choir, guest musicians, and praise band for using their gifts and abilities in God’s honor. We thanked Bud Livers for writing and directing the dramatic presentation, and Kinnie for pulling the whole thing all together, but I saw Debbie and Henry Blotkamp on the set creating props that transformed our stage into Dawson’s Deli. Thanks to our guests Derek Smith for mixing sound and Geoff Service for playing bass. Thank you Social Committee for all the enjoyable fellowship refreshments. Thank you Ethan Livers for operating the video camera to we share this event with others. Thank you Dave Zurek for your construction of the deli and stage elements, and also the several men who came out to set up and tear down the whole set. 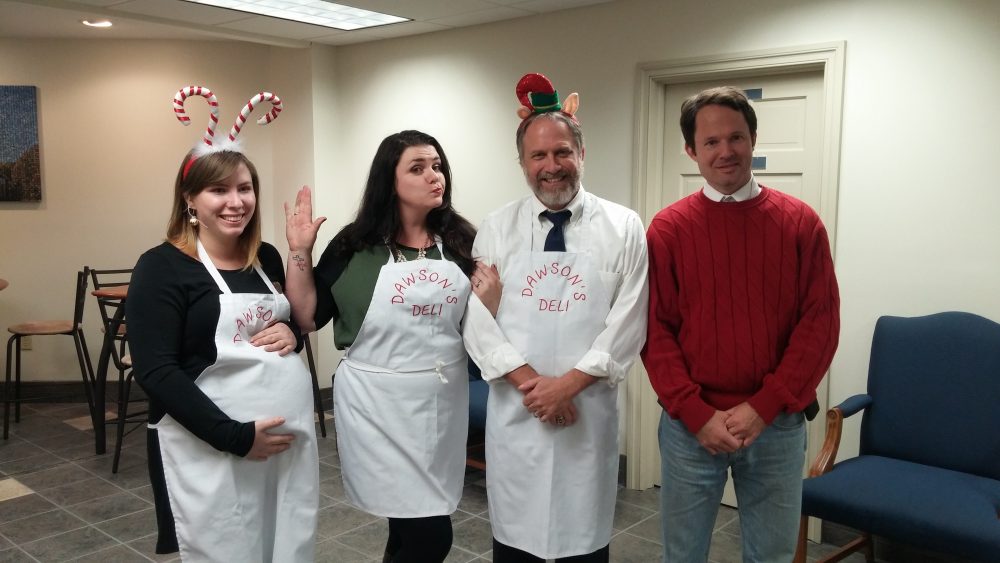 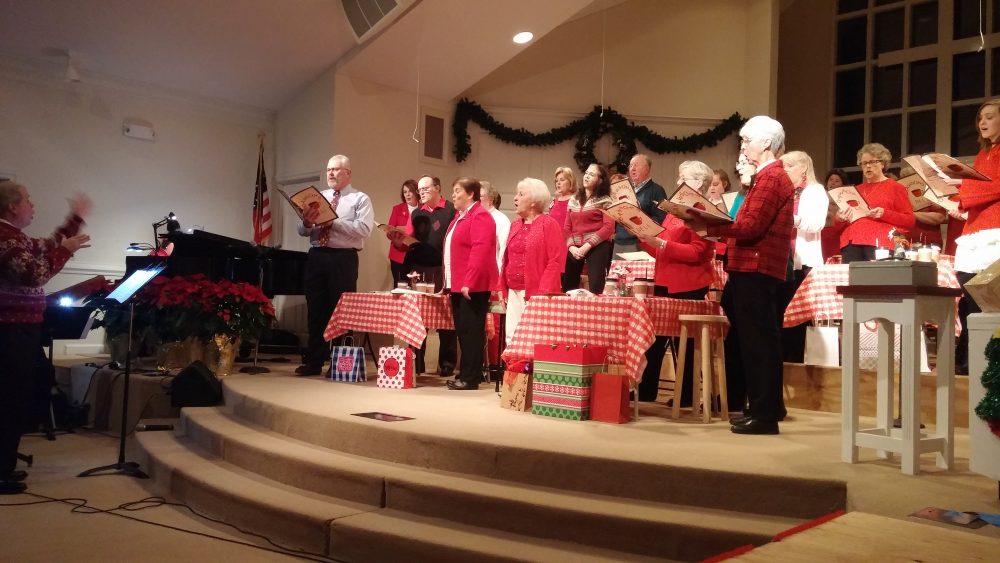 Kinnie and the Choir 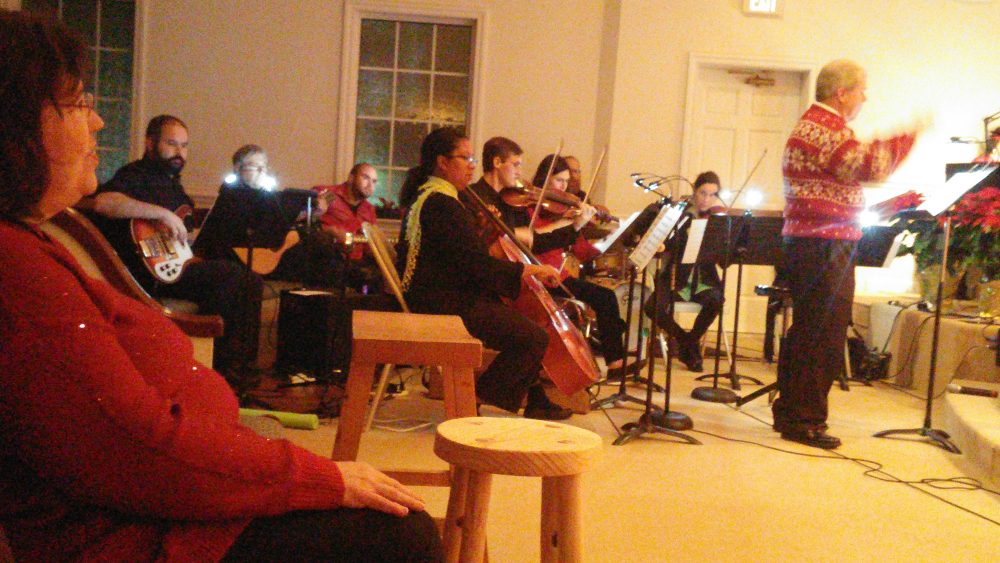 The Ensemble and the Praise Band